Posted at 12:30h in Case Studies by Admin 0 Comments
0 Likes

Buffalo Lodge Sofala, is situated just over 800km from Maputo and just under 500km from the Zambezi bridge, it is a “must stop” overnight lodge for anyone traveling from the South to the North of Mozambique. On 22 January Buffalo Lodge with predicted winds of between 140km/h and was hit by Cyclone Eloise 160km/h and excessive rain.

How to stay connected, arrange emergency operations, communicating with quests, friends and families – for the lodge owner and also for all guests. None of the land-based communication mediums (i.e., Fibre, GSM or other Satellite Providers had no signal) were able to withstand the Cyclone however, Buffalo Lodge’s Satellitecommunication and connectivity withstood the force of the Cyclone and remained operational throughout. Buffalo Lodge was used as a Command Centre for relief during and after the Cyclone had passed. 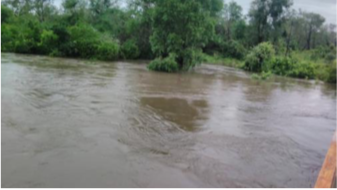 Willie Prinsloo, CEO of Buffalo Lodge Sofala, has reported that they did not lose any Twoobii connectivity during Cyclone Eloise. A second Twoobii service at Barnard Dried Fruits, about 25km from Buffalo Lodge also remained connected all through the cyclone as long as their generator was running.

It was my only lifeline -Willie Prinsloo, CEO